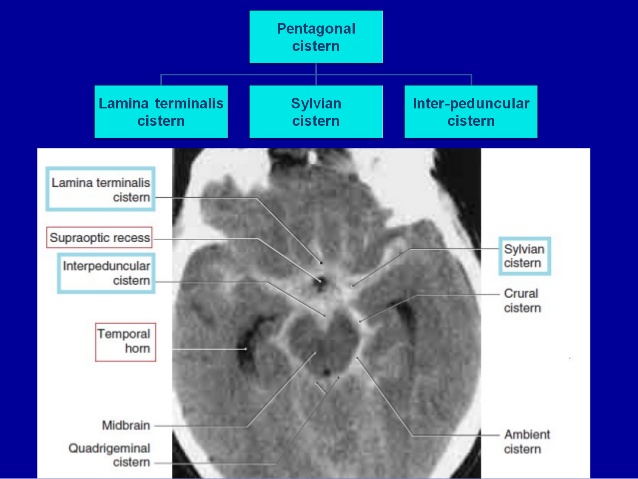 The quadrideminal cistern or ambient cistern (also known as superior cistern or cistern of the great cerebral vein) is one of the subarachnoid cisterns.

The term “ambient cistern” may be used to refer the these connections and the quadrigeminal cistern as a whole.

It is located between the splenium of the corpus callosum and the superior surface of the cerebellum and extends from the third ventricle to the great cerebral vein. The ambient cistern is part of the subarachnoid cisterns. It is a thin, sheet-like extension of the quadrigeminal cistern that extends laterally around the midbrain. It acts as the connection between the quadrigeminal cistern and the interpeduncular cistern.

Surgical approaches to lesions of the ambient cistern must be tailored to the site of the pathological findings. Position of the vein of Labbé, and the midpoint of the rounded medial edge of the parahippocampal gyrus, is key to determine surgical Approach 1).