Small vessel disease is the primary cause (59– 66%) of ischemic stroke in CN, followed by cardioembolic etiology (20%), ipsilateral significant carotid stenosis and occlusion (8%). Furthermore, a single case of ischemic stroke involving the territory of Heubner’s artery due to syphilitic vasculitis has been described 1). 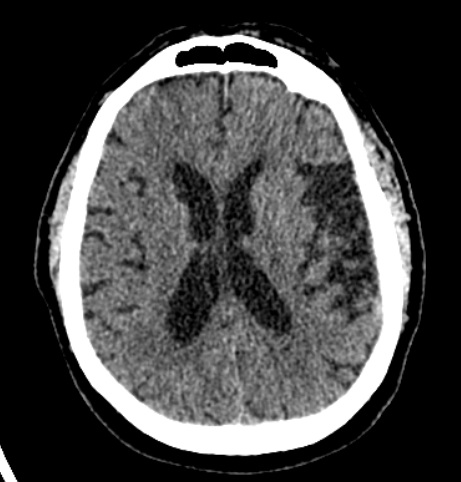 Kumral et al. 3) have reported that 60% of patients with caudate infarct and 50% of those with CN hemorrhages recovered completely, even in the presence of hydrocephalus.

Eighteen patients had caudate nucleus infarcts (10 left-sided; 8 right-sided). Infarcts extended into the anterior limb of the internal capsule in 9 patients, and also the anterior putamen in 5 patients. Thirteen patients had motor signs, most often a slight transient hemiparesis. Dysarthria was common (11 patients). Cognitive and behavioral abnormalities were frequent, and included abulia (10 patients), agitation and hyperactivity (7 patients), contralateral neglect (3 patients, all right caudate), and language abnormalities (2 patients, both left caudate). The majority of patients had risk factors for penetrating artery disease. Branch occlusion of Heubner's artery, or perforators from the proximal anterior or middle cerebral arteries were the posited mechanism of infarction.