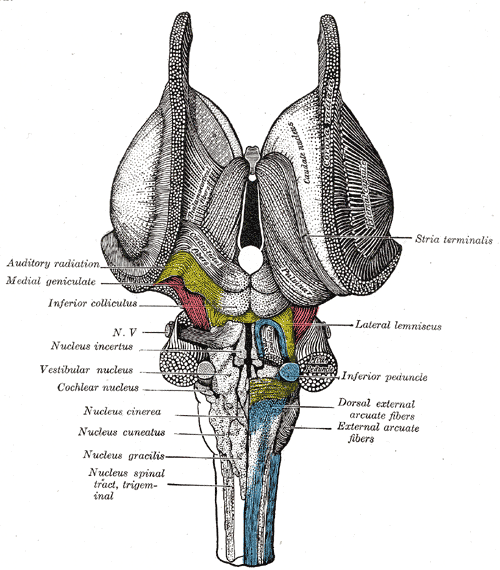 In the absence of appropriate surface landmarks and imaging guidance, to gain tonotopic access to the human cochlear nucleus with surface and depth electrode remains a major challenge. Due to its location close to the surface, the dorsal cochlear nucleus is vulnerable to surgical manipulation and to tumors 1).