CREB was first described in 1987 as a cAMP-responsive transcription factor regulating the somatostatin gene.

Genes whose transcription is regulated by CREB include: c-fos, BDNF, tyrosine hydroxylase, numerous neuropeptides (such as somatostatin, enkephalin, VGF, corticotropin-releasing hormone), and genes involved in the mammalian circadian clock (PER1, PER2).

CREB is closely related in structure and function to CREM (cAMP response element modulator) and ATF-1 (activating transcription factor-1) proteins. CREB proteins are expressed in many animals, including humans.

CREB has a well-documented role in neuronal plasticity and long-term memory formation in the brain and has been shown to be integral in the formation of spatial memory.

CREB downregulation is implicated in the pathology of Alzheimer's disease and increasing the expression of CREB is being considered as a possible therapeutic target for Alzheimers disease.CREB also has a role in photoentrainment in mammals. 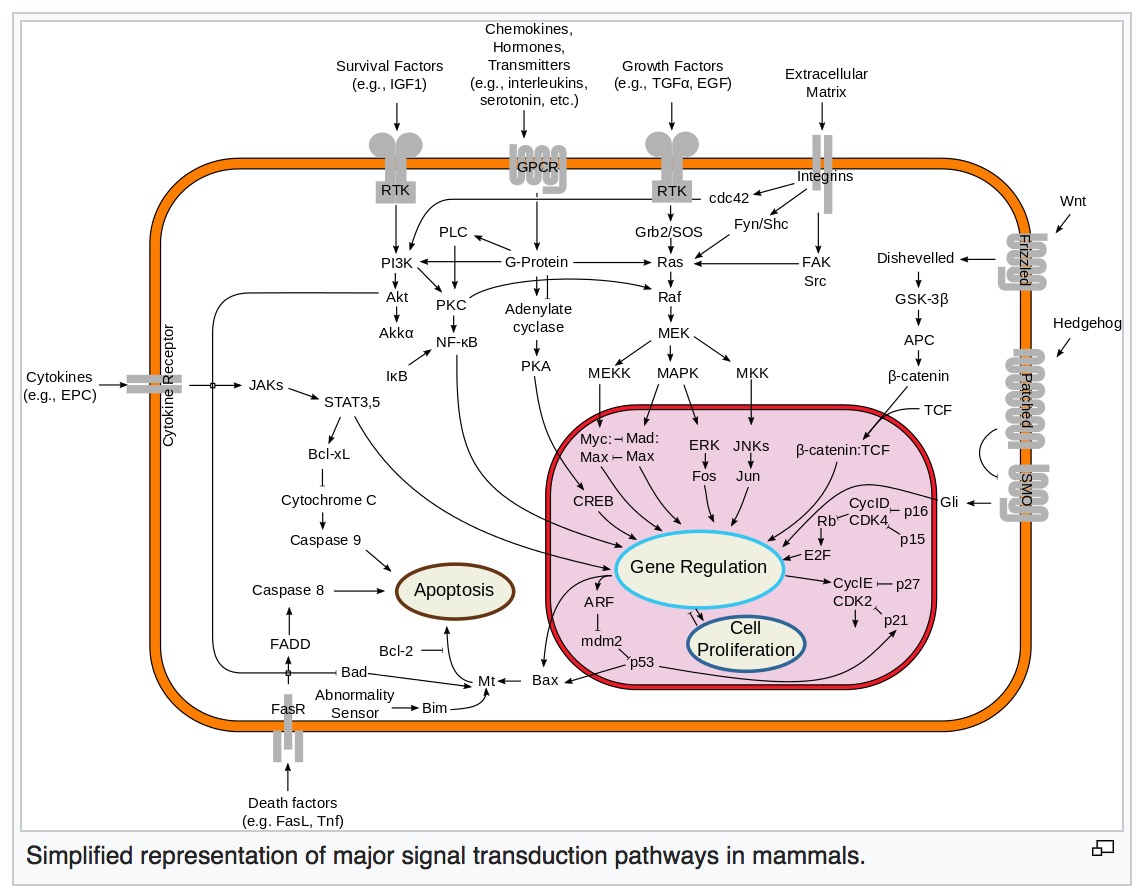 About a third of soft tissue tumors are recognized by gene fusions. Some of these fusions are not histotype specific and occur in entities with totally different clinicopathological features. A good example is the fusion between EWSR1 and genes of the CREB transcription factor gene family (CREB1 or ATF1) 1).