Ranking system used in evidence-based practices to describe the strength of the results measured in a clinical trial or research study. The design of the study (such as a case report for an individual patient or a double-blinded randomized controlled trial) and the endpoints measured (such as survival or quality of life) affect the strength of the evidence. Levels of evidence range from I-IV. 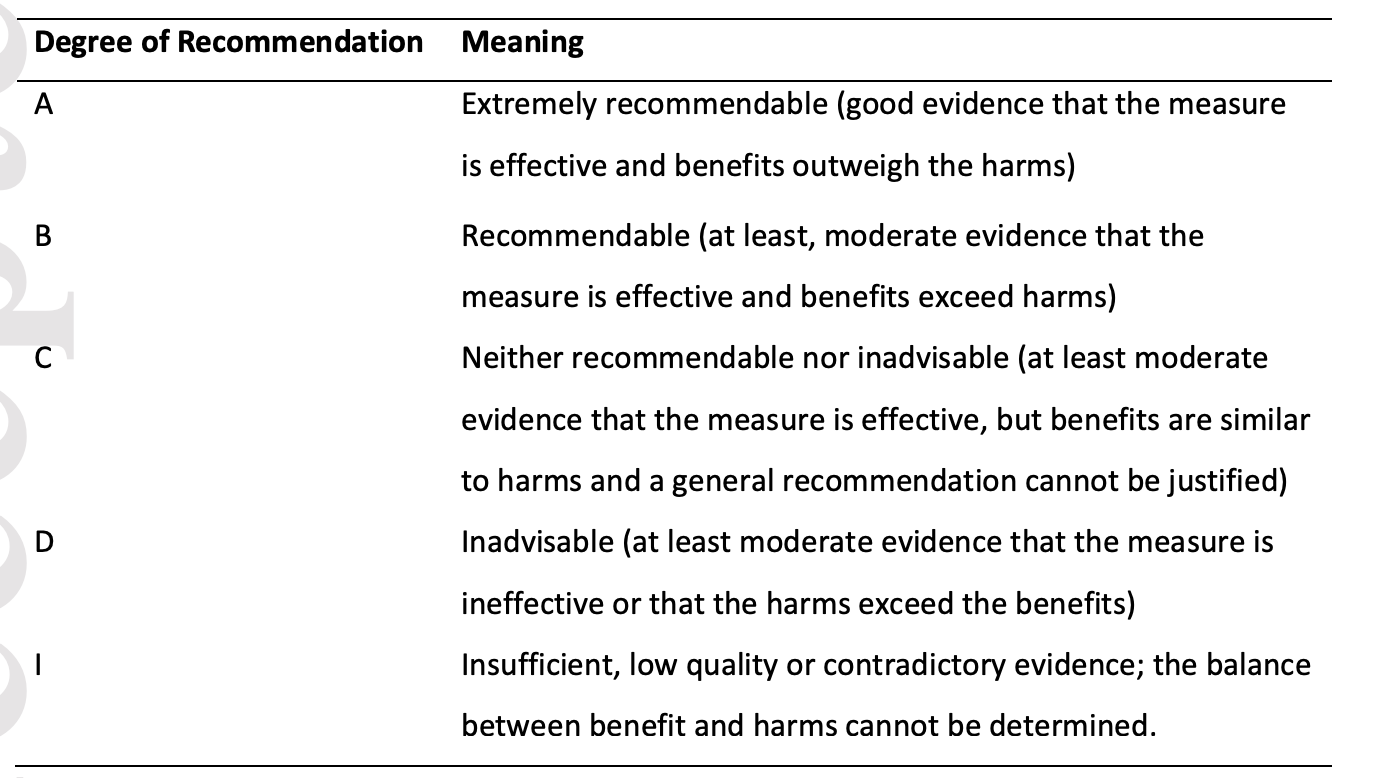 Suzanne Fletcher and Dave Sackett generated LOEs for ranking the validity of evidence about the value of preventive maneuvers and then attached them as “grades of recommendation” to the advice in the report for the Canadian Task Force on the Periodic Health Examination 1).

The Centre for Evidence-Based Medicine (CEBM) developed Levels for Therapy, Prevention, Aetiology, and Harm (http: www.cebm.net/ocebm-levels-of-evidence/). The grades of recommendation were defined as A, B, C, and D. Grade A is consistent with Level 1 studies. Grade B is consistent with Level 2 or 3 studies or extrapo- lations from a Level 1 study. Grade C is when there are Level of evidence 4 studies or extrapolations from Level 2 or 3 studies. Grade D is when there is Level 5 evidence or troublingly inconsistent or inconclusive studies of any level. “Extrapolations” are where data are used in a situation that has potentially clinically important differences from the original study situation. Questions to be answered by the reviewers are: 1) what was the type of study 2) was the study design appropriate for the research question? —- 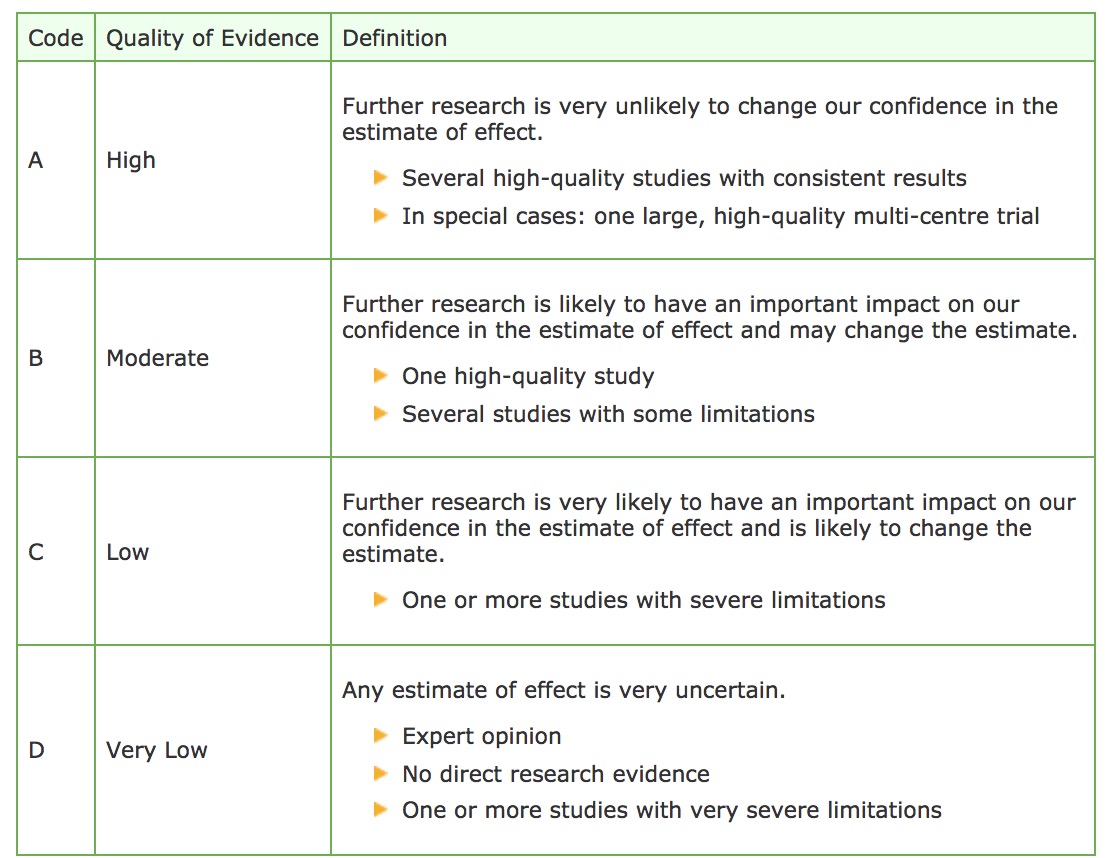