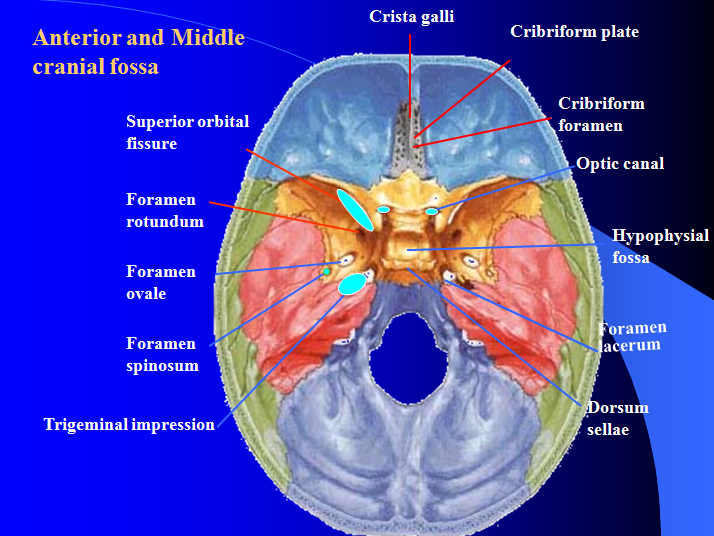 It is deeper than the anterior cranial fossa, is narrow medially and widens laterally to the sides of the skull. It is separated from the posterior fossa by the clivus and the petrous crest.

It is bounded in front by the posterior margins of the lesser wings of the sphenoid bone, the anterior clinoid processes, and the ridge forming the anterior margin of the chiasmatic groove; behind, by the superior angles of the petrous portions of the temporal bones and the dorsum sellæ; laterally by the temporal squamæ, sphenoidal angles of the parietals, and greater wings of the sphenoid. It is traversed by the squamosal, sphenoparietal, sphenosquamosal, and sphenopetrosal sutures.

It houses the temporal lobes of the brain.